This letter explains how I was victim of a Manager’s power at Bank of America.

Since the beginning of my work at your bank, I have faced discrimination and retaliation that I can no longer put up with.

You know that I suffer from a very serious disability that limits me.  I am attaching copies of some of the medical records.  You may not understand or relate to what it is like to live with a medical disability.  It is terrible.  I wake up with pain and go through the day in pain.  I have a history of varicose veins, venous insufficiency and many surgical procedures.  I tried to give you the doctor’s note on January 30, 2008 but you refused to see it.  My doctor mailed you this note asking the very modest request of being able to sit and avoid prolonged standing. This is why I have the Disabled Person ID in my car.  On March 31, 2008, I have a letter from Ridgewood Orthopedic that I tried to offer you.

Despite knowing about these medical records and realizing my very small requests, you have been very brutal in refusing to allow me any accommodation, and refusing to even accept my doctor’s notes which I offered you.  You made me stand and took away all my seniority in March 2007 despite me starting working for Fleet Bank and then Bank of America since 1987.  You also reduced my vacation time. Because of your treatment, my medical condition continued to worsen.  I am made to stand all day and have had more difficulty stepping up and down.  My supervisor, Majdi Alkhalalaileh, told me that if the District Manager, Bob, saw me seated, he would kick me off the chair.  You did not want to accept my medical letters requesting accommodation and told him that you did not even want to see it.

Of course, you also told me that you did not want to give me any assistance because this is a bank policy.  On January 19, 2008, you public ally reprimanded me in front of all customers for sitting.  This was incredibly humiliating.  I was dealing with unbearable pain from prolonged standing.  You did not want to hear about my medical condition or discuss accommodations with me.

After several plead to allowing me to seat and my excruciating pain was unbearable you finally told me that I could sit.  However, you told me that I had to ask the customer if they did not mind me sitting. This was very embarrassing to me.  You made me do this on purpose to embarrass me.
You would single me out to assist customers with safe deposit boxes which some are located in high areas and required ladders.  On June 6, 2008, you demanded that I shut the vault door without any assistance.  The door is huge.  I tried and could not budge it.  Your assistant manager Mrs. Michelle Soto continued to tell me to do it and berated and yelled at me. I could not do it and you refused to allow people to help me.

I then refused to do it because it was hurting me so much.  You then made me park about 3 blocks away from the bank instead of next to bank where you used to let me park after I returned to work from surgery of October 04, 2007.  I have pictures of where you made me park

On August 14, 2008, I had to thus take off from work to have surgery on August 15, 2008.  This was because of the impact of all you did while I was at work. I am sending you the insurance form and the doctor’s notes.
I called you on August 22, 2008 to inform you I will be out of work until 9/15/08.  This has now been extended to October 20, 2008 so that I could go through rehabilitation as there is instability and swelling in my right knee.
I am very concerned about returning to work on October 20, 2008.  You have been very abusive and retaliatory of me due to my disability.  I am requesting a sit down meeting to discuss this and get to a fair resolution.  I feel that due to your treatment, I cannot continue working for the bank.  Therefore, I would like to talk about a fair package so that I can go on with my life.

Please let me know your thoughts within five (5) days.  I am very anxious to hear from you as I feel that what you have done to me is wrong and in violation of the laws of this State and Country.  Please mail or email me your response. 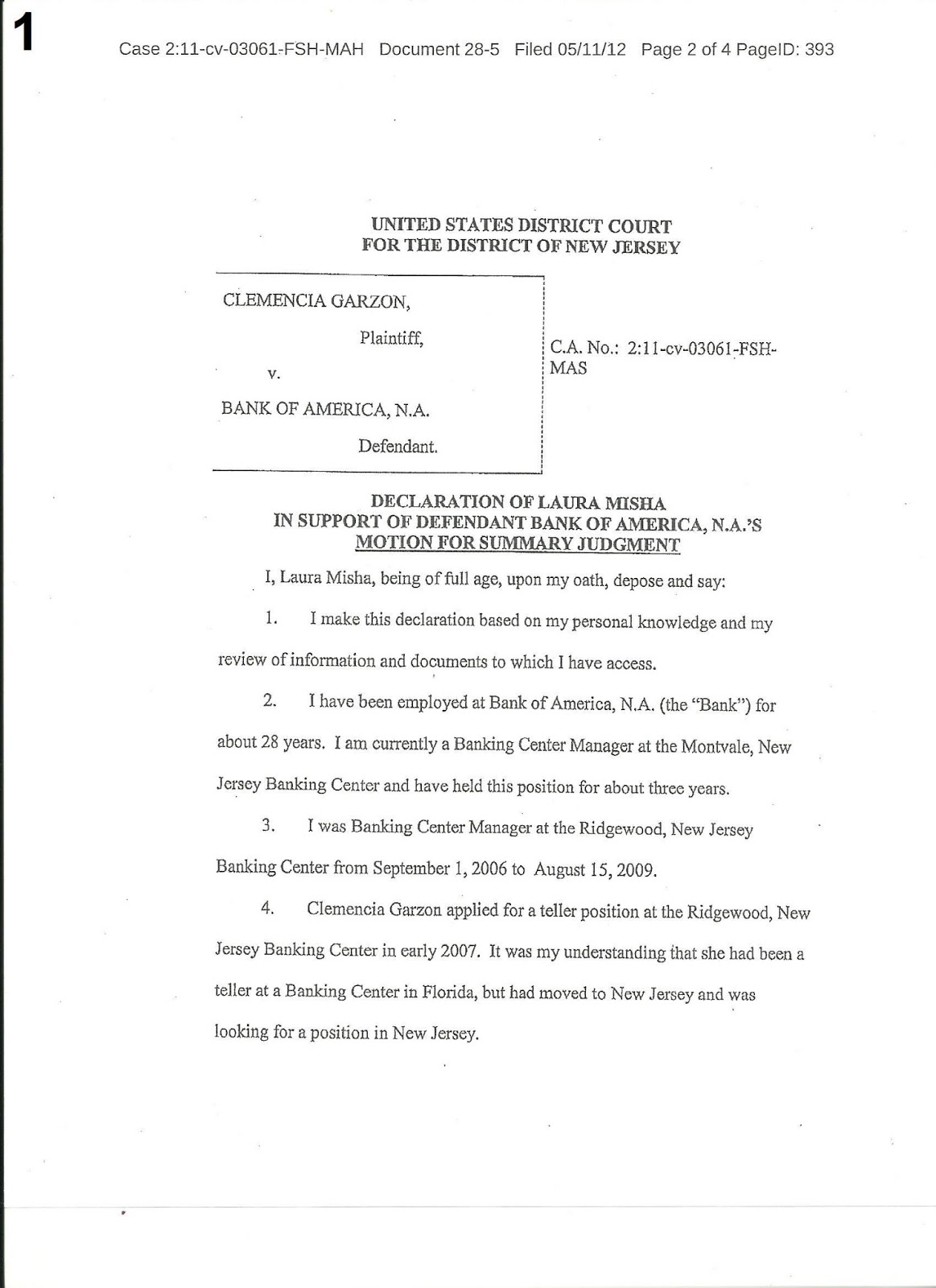 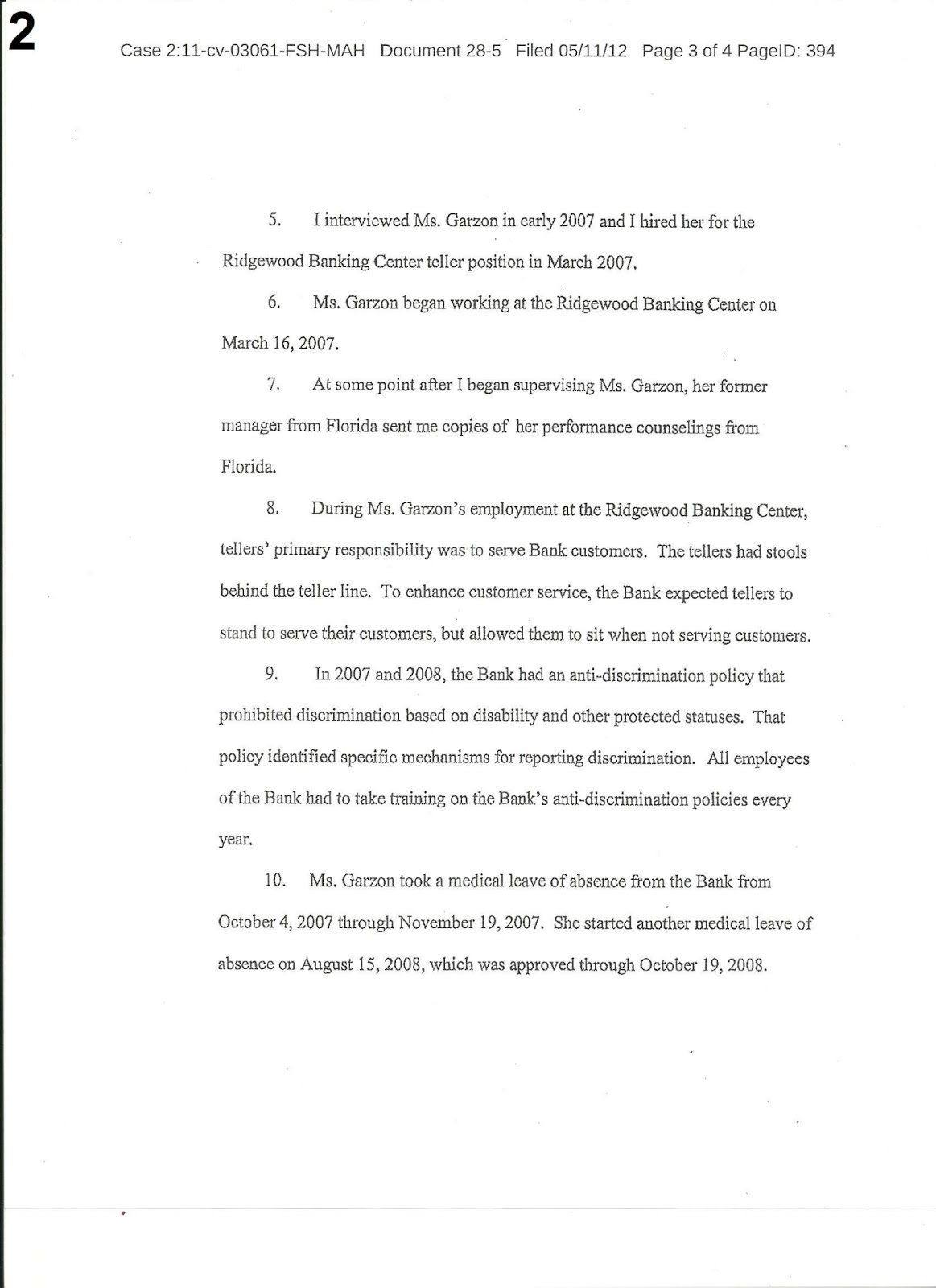 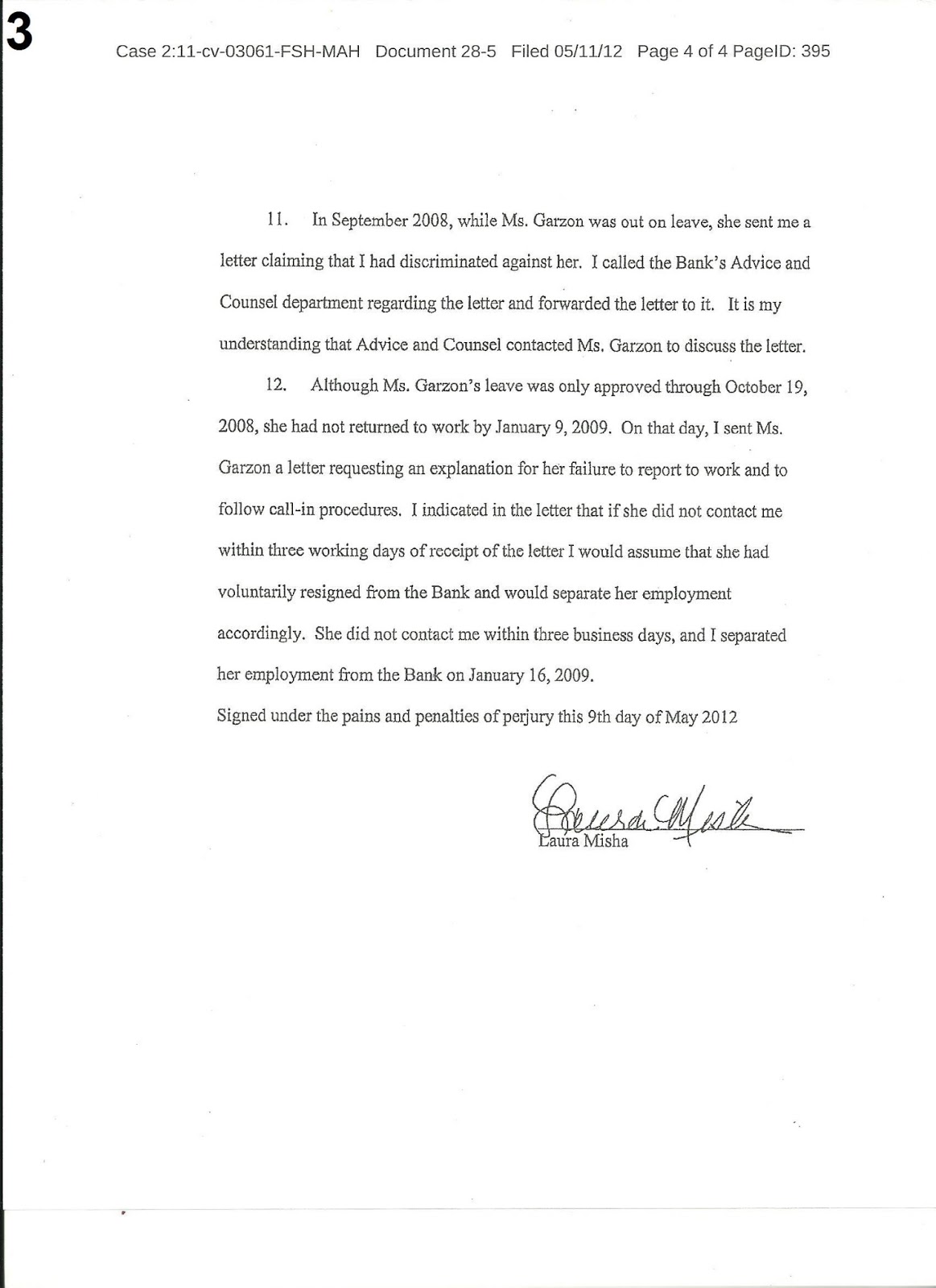 Posted by bankofamericaprotest at 10:58 AM